Varanasi, often referred to as Benares, is situated over the banks of the Ganga River. It is considered to be the holiest city in the Hindu religion. Many people visit Varanasi for pilgrimage purpose, which is also considered as the habitation of Lord Shiva. We, Eco car rental Varanasi, are here to provide you car rental service within and outside this city.

Varanasi is one of the most fascinating cities of India. It is one of the most ancient cities and is famous for its temples. In Hindu religion it is believed that the sacred water of the Ganges can wash away your sins. Because of this popular belief, thousands of people visit this holy city. Usually, aged people from outside visit Varanasi but they face travelling issues as private transportation means are really less. Also, this small city is very crowded and hence travelling becomes an obstacle. With Eco car rental services in Varanasi, all your travelling worries will be resolved. You can choose to travel anytime. We provide services at odd hours in the night as well. You can book a tour of multiple days with our Eco Varanasi car rental. You can choose from a multitude of cars for renting purpose- Toyota Etios, Dzire, Toyota Innova, Toyota Innova Crysta and Tata Indigo. 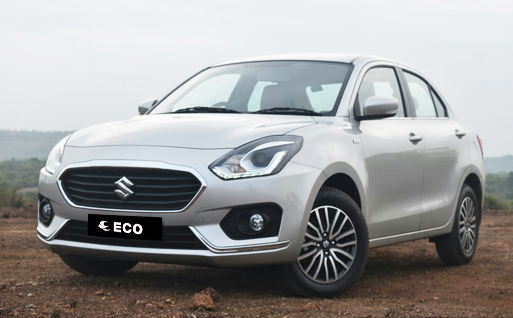 You can opt for car rentals in Varanasi with driver. In a huddled city like Varanasi, don’t let traffic kill your joy and plans. This is why it is a good idea to hire a driver. With a driver, you don’t have to be concerned about driving. Also, our drivers are well aware of the routes, the local language and the tourist attractions in the city. Hence, they serve not just as drivers but local tourist guide as well.

Luxury Cars for Rent in Varanasi

Eco car rental provides luxury cars for rent in Varanasi. If you are a car lover, you can choose our luxury cars and try a new one every time. This way, you can have amazing experiences of different cars at different time. Luxury cars are much more comfortable. Riding a luxury car makes the journey smoother and pleasurable.